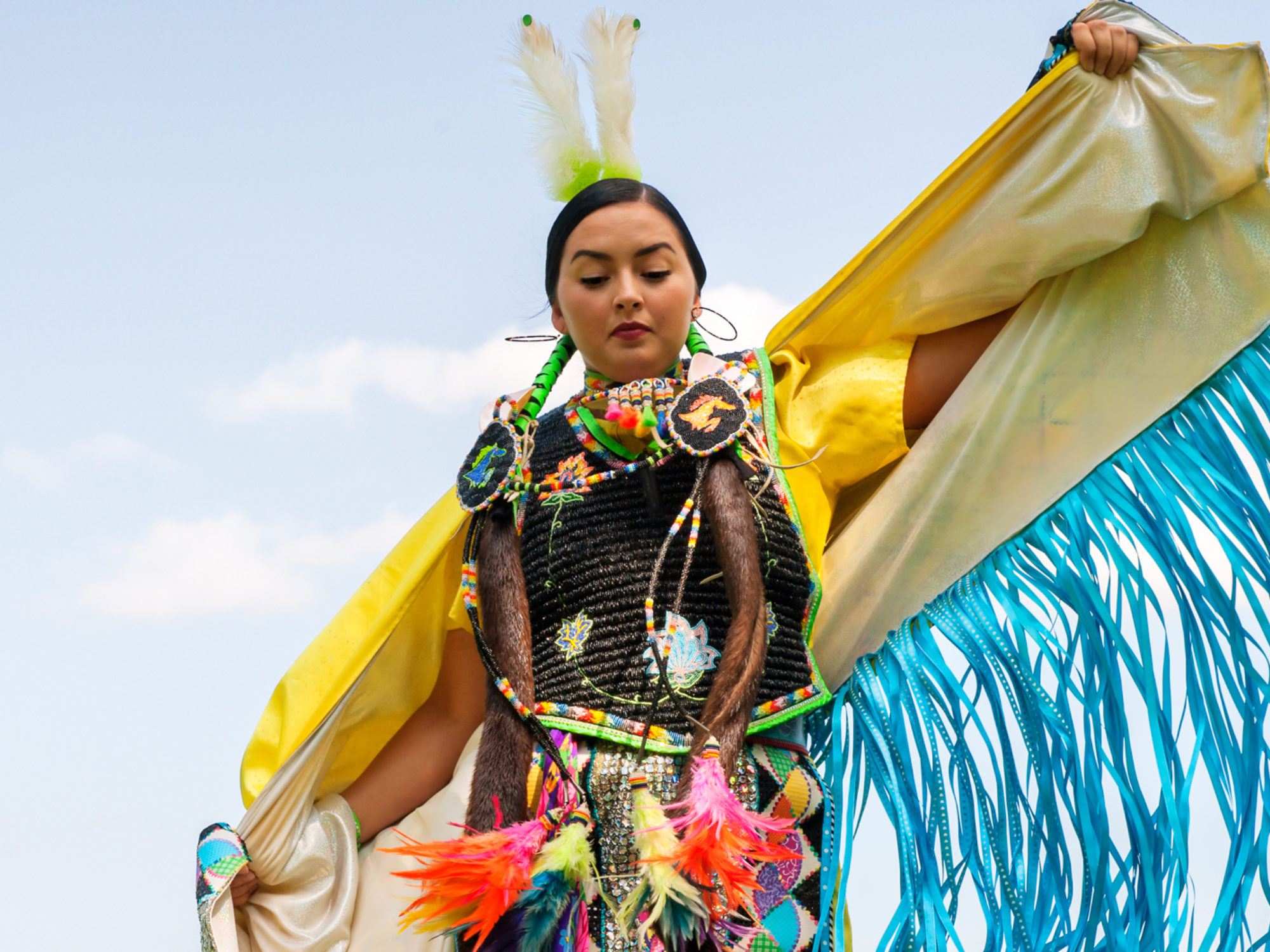 Dennis Williams and Dana Goodwin,
two Ojibwe fiber artists, were drawn to each other through their mutual attachment to the Ojibwe traditional ways. Their connection to powwow ceremonies, their regalia-making, and their beadwork reflect their holistic approach to the revitalization and preservation of their Native American culture.

WORDS and PHOTOGRAPHY by ANNE LAURE CAMILLERI
EDITED by MOOWON

In Ojibwe language, Gaa-waabaabiganikaag,
or White Earth, means "where there is an abundance of white clay".
When one digs deep, one finds "white clay", which in reality resembles light grey.
This clay is used for pottery by local artists.

They had a bumpy journey until they met 16 years ago and walked the path to sobriety in unison. Their deep love and tremendous respect for each other is very much palpable when she acknowledges they are able to learn from each other or when he emphasizes the perfection of her custom-made regalia. Dennis Williams and Dana Goodwin both work with children within their community and devote all their spare time to making regalia for family members or addressing custom orders. He's a beader and an accomplished Grass dancer while she's a fiber artist and an experienced Jingle Dress and Traditional dancer, like her mother and grandmother before her.

They made their home in Mahnomen(*) County on the White Earth Reservation in northwestern Minnesota to raise their twin daughters and the four children they've had from previous relationships. Living a healthy life, attending powwows, reconnecting with their Native language and educating children reflect the couple's holistic approach to the revitalization of their Native American culture, which has suffered decades of federal assimilation policies.

In the 1880s, off-reservation boarding schools were established to assimilate Native people into the mainstream of American culture. Children were taken away from their reservations and sent off to Indian boarding schools run like military institutions, where they would learn English, be strictly forbidden to speak their Native language and be raised as whites. Under the Assimilation through Education program, many generations of Native American children were brutally separated from their families and made to forget their language. In 1883, The Court of Indian Offenses outlawed Native American traditional ceremonies, claiming these rituals encouraged warlike passions among the tribes. This law would not be repealed until 1978(**).

Drawing strength from their Native spiritual beliefs that permeate into every part of life, Dana and Dennis have embarked on a soothing journey and their quiet determination cannot be derailed: "Without our own language we do not have that connection with our spirituality, but we also lose that identity that makes us different from non-Native people," says Dana Goodwin. By creating regalia for powwow ceremonies Dennis and Dana's are able to embody their commitment to the Ojibwe ways. Powwow dancing is a way to honor the mind and body, and dancers must stay fit and healthy for the contests. The traditional dances are also a way to honor and connect with ancestors, bringing a sense of unity for the family.

Objibwe: The Native word is "Anishinaabe"

Quinne Goodwin-Chaffe - Fancy Shawl Dancer.
Enrolled member of the White Earth Nation.
Beadwork regalia was made by her father Dennis Williams.
Dress and shawl was made by her mother Dana Goodwin.

Nourishing
the Spirit
through Powwow

Grass Dance originated in the Warrior Societies of the Northern Plains Nations and was adopted by the Ojibwe people. It has become the most competitive men's dance style on the powwow trail, requiring dancers to be strong and fit. Drums and singing are key elements in most Native American customs and beliefs: "When the drum and the singing start, it's hypnotic, it's like going to another realm. You're just in the moment and you feel really good," explains Dennis. "Drums are the heartbeat of our gatherings. They must be attended or covered up and can't rest on the ground. There is a lot of responsibility with being a drum keeper and a singer. The songs are not written and are taught from one singer to another. Lead singers have the ability to remember all the songs and some have the gift of making songs. A powwow is a safe and healthy environment. It's neither religious nor ceremonial. It's spiritual in a way that it nourishes your spirit."

Mickey – Traditional Dancer and Vietnam War veteran.
He made his own ruffle with Golden Eagle feathers. Permits to obtain eagles or eagle parts are issued by the Fish and Wildlife Service.
Only enrolled members of a Federally recognized tribe can obtain a permit. The permit authorizes the recipient to receive and possess eagle feathers from the Repository for religious purposes.
Applicants can expect to wait approximately two and a half years for an order to be filled.

Regalias are elaborate Native outfits worn with pride by the dancers at powwow ceremonies. These outfits are unique to each dancer and speak of family ties, ancestry and tribal affiliation.

Dana grew up in a traditional Ojibwe family where handcrafts and needlework were a way of life. She believes her family had an innate need to create. Her great-grandmother and aunts made quilts, rugs, baskets and beadwork; her mother's father was a constable who could still make drums and snowshoes: "He could brain-tan deer hide, that's still the most coveted way of tanning hide! My grandmother made braided rugs and quilts and I loved to play with her fabrics and her huge button collection." Her mother made her clothing until she was in elementary school. Today Dana designs powwow outfits, relying on what she learned in college about color but mostly following her own creative sense, as there are no clothing patterns for powwow regalia. Although most members of her extended family dance at powwows, she is deeply saddened to be the only one still sewing or doing anything tied to their indigenous arts. Dennis and Dana enjoy working on their family regalia together and they feel blessed to be able to continue the tribal crafts of their ancestors.

Quinne Goodwin-Chaffe - Fancy Shawl Dancer. Enrolled member of the White Earth Nation.
Beadwork regalia was made by her father Dennis Williams.
Dress and shawl was made by her mother Dana Goodwin.

"The Jingle Dress is an Ojibwe dress that was gifted to our people through a dream to help heal a sick girl. Nowadays, people who need a healing can request it of all the Jingle Dress dancers present at a gathering. During the Healing Ceremony they tell how it came to be, the original color and the sacred responsibility of the people who wear Jingle dresses. There are certain steps (as with each dance style) that are appropriate, but it's not choreographed. The ceremony ends with a feast offering, also part of the healing. In our way, we don't ask for strength, as we believe you get strength from going through something. When you request strength, you're asking for something to happen so that you can get through it. "

The Jingle Dress typically features metallic cones made from tobacco can lids sewn closely onto the dress with ribbons. As the dancers' delicate footwork follow the drumbeat, the jingle cones produce a soothing and eerie chime sound. When entering a contest, a Jingle dancer is judged upon her traditional footwork and the embellishment of her dress.

Appliqué work adorns women's and men's regalia alike, with designs and motifs reflecting their heritage. The colorful Grass Dance outfit has no feathers, except for the two of the porcupine roach. Long strands of ribbon or fringe, symbolizing the sway of prairie grass, hang from the arms and waists of the dancers, while bells worn around the ankles emphasize their precise footwork. Beaded accessories like moccasins, cuffs or harnesses disclose the artistry of the dancers who often make their own regalia. "Outfits are very personal. You may see the same fabric but the appliqué and beadwork will always be different," says Dana.

Dennis embraced his Native culture in his early 20s and discovered that previous generations of women in his family had done beadwork, even creating specific family flower designs. "Beadwork usually reflects each Nation's environment and traditionally revealed where you were from. Nations from the Plains or the Southwest use many triangular motifs representing teepees or mountains. We have rolling hills, vines and flora. We are Anishinaabe," he explains.

Dennis ordered his early regalia from an artist in Montana, until he met Dana and figured he could make his own beadwork and save money for his family. The self-taught artist learned from reading books, from watching videos, and with the help of a mentor, Michael Knapp, a professional bead artisan of Winnebago descent. He first made a new headband for himself and went on to make moccasins for his sons. Making beaded footwear for powwow contests can be quite challenging, as moccasins must be beautifully crafted and able to withstand wear and tear. "I start from scratch, assembling the hide and beads, then it all comes from my imagination." The harness he wears on top of his outfit took him ten months to finish. "Powwows help us to keep our traditional ways alive. When we make outfits, we're sewing by hand, like our ancestors did. They made all of their clothes and adorned them carefully. Clothing showed status in the community, they had meaning. I always knew my children would be powwow dancers and I always wanted them to know our traditional ways. I've given a lot to the powwows and I have been given a lot. It's hard but it's also rewarding. Making outfits and regalia takes a lot of time and the knowledge that you have to acquire to be a powwow dancer, you won't find it in books. You have to experience it and live it."

Anne Laure Camilleri is a Paris-based photographer inspired by art, cultural preservation and sustainable livelihoods centered around crafts. She studied at the Conservatoire Libre du Cinéma Français in Paris and worked her way up to become a post-production supervisor before shifting to photography. Her features have appeared in a wide range of fiber art magazines including Selvedge, Fiberarts, Embroidery, and Handwoven. As a freelancer, she explores the spiritual values that permeate traditional craftsmanship and maintain cultural resilience. She often travels to Southeast Asia and to the U.S. 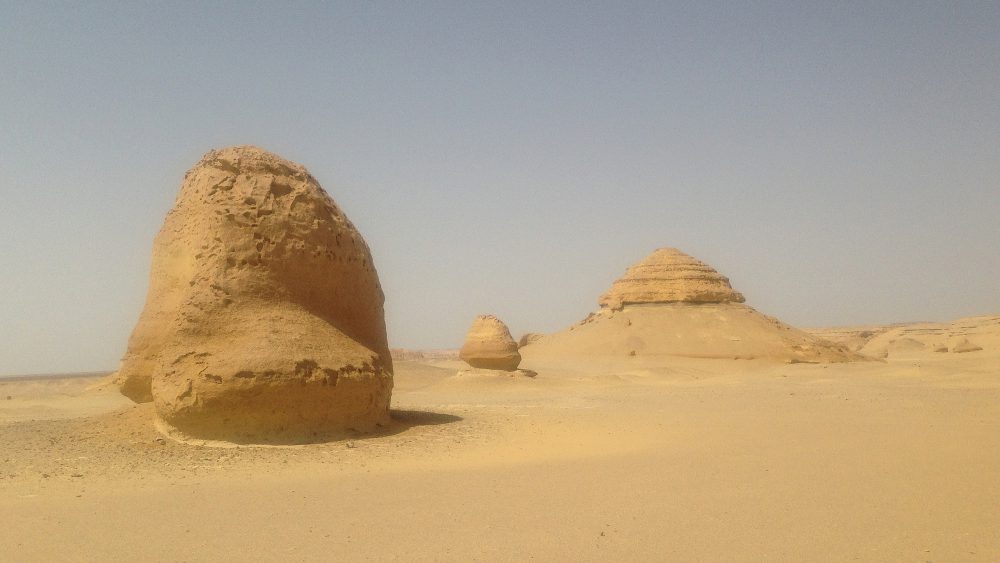 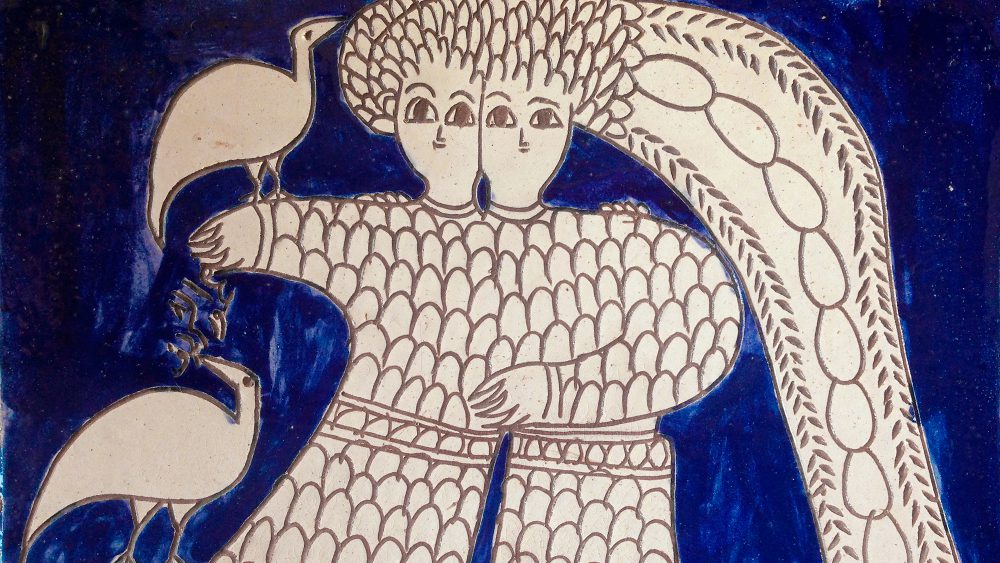 The Art of Pleating: Maison du Pli, a Master at Work 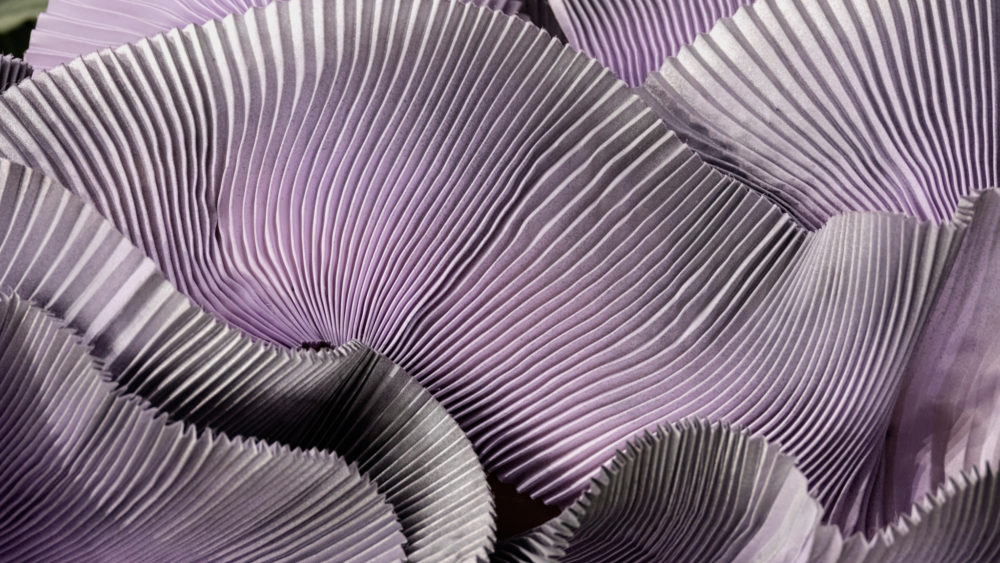 People of the Solitudes 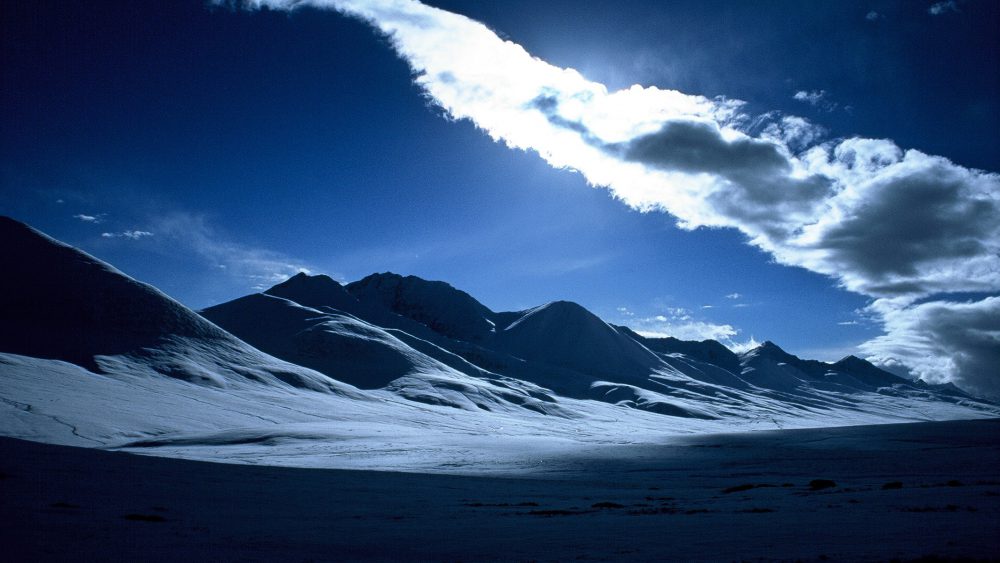