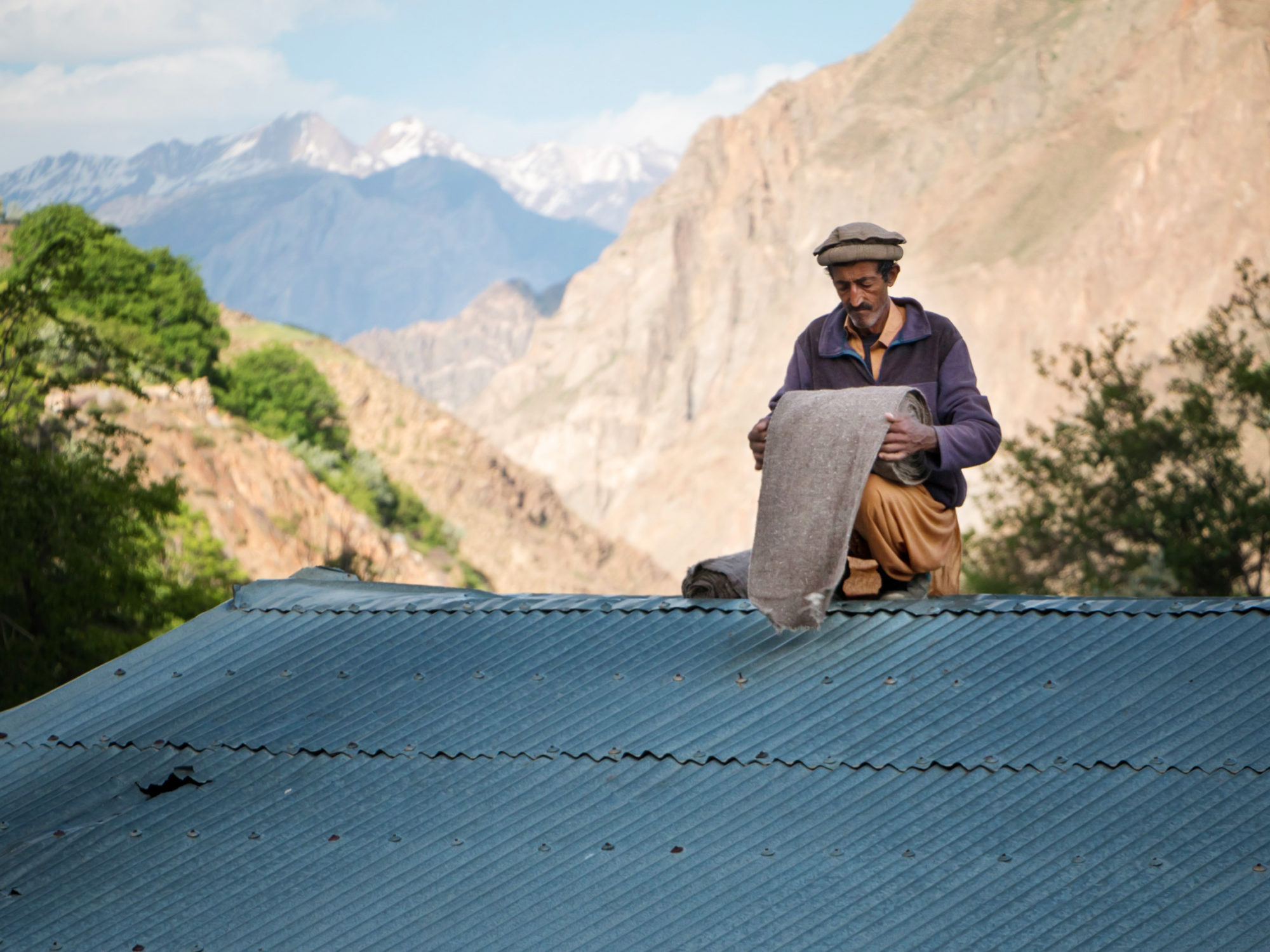 The
Sacred Art
of Chitrali Shu

Chitrali Shu, a living tradition from the Hindu Kush, is an amalgamation of delicate fabrication and indigenous knowledge. It captures the sounds of glaciers moving through hot springs, carrying with it a mysterious and earthy aroma from the highlands of the Hindukush mountains; its wavy and course texture echoes the rugged landscape of Chitral Valley. This colourless ancient cloth shifts through cultural frontiers from Pakistan to Afghanistan, weaving a tapestry of past histories, mythical folk tales and sacred community practices.

The Making of Chitrali Shu

In a faraway corner of North-West Pakistan, nestled in a geopolitical corridor connecting Afghanistan, Tajikistan and the East Turkistan region of Northwest China (Xinjiang), lies Chitral Valley. As you enter the “land of fairies”, also known as Peristan, you pass through trees of walnuts and mulberries; the achromatic hues of the high foothills; and the hovering accents of pomegranates and apricots that camouflage markhors.

In High Asia, the Kirghiz and Wakhi pastoralists of Pamir and Wakhan have retained the traditional skills of spinning and weaving. The art of Chitrali Shu making is a continuation of Central Asian traditions that have been passed on from generation to generation.

For centuries, the women from the mountainous villages of Chitral Valley have spun wool into yarn to be woven into the windproof fabric called Shu which is also known as patti. Chitrali Shu is both handwoven and felted. Each roll celebrates a single family’s skills in raising a unique breed of sheep called kailey and tells the story of their work, their pastures and their community. From washing the sheep in the local spring water to carding, teasing, spinning, weaving and felting, together with all the tools and instruments, everything carries its own unique technique and vocabulary in Khowar which is one of the native languages of Chitral. This is reflected in a famous saying in Chitral: “Only the craftsman knows . . . craft is knowledge.” The transcendent quality of Shu embodies the rich background of indigenous knowledge and skill that is used in every stage of its production.

In the past, there were numerous guilds that made Chitrali Shu: communities from Garam Chashma, Arkari valleys, Torkhow, Laspur to upper Yarkhun. Today, there are only a handful of makers left for this endangered craft. The families that make it are carrying on a tradition that has, for centuries, clothed people against harsh winters in some of the world's highest mountains

Many young people
have migrated to down country in search for work. Myself and my husband are too old. I still cherish my spinning wheel but it is no longer in use…

Both agriculture and livestock form the basis of material wealth for the Chitrali people. Traditionally, sheep were kept in the majority of rural households as a means to harvest wool and to make Shu clothing for the family which would protect them from harsh winters. In contemporary Chitral however, much in line with global trends, convenience is king. The youth of the region prefer to flock to the markets and have developed a taste for non-woollen synthetics. It’s now not uncommon for traditionally trained and respected makers to be employed by a new wave of Chinese corporations to produce wigs. Wool, once so revered, and perhaps echoing the trajectory of society itself, can now be found burned and discarded in the rivers, flowing solemnly towards oblivion.

The local practices include adding white soil, puchuti,  from soft and sandy rock, mixing it with the wool, and pre-carding. During the dyeing process, a special basket made from the bark of a local willow tree, warketi, is used to store the dyed, carded and teased wool. Traditionally, Chitrali Shu has only been available in natural colours, in shades of black, white, grey and brown, with the only dyed colour being obtained from walnut husk. Felting plays a central role in the production of Chitrali Shu. Local men take the material to the hot springs where they unroll the cloth, add the gum from apricots and rub it with local soap. It is beaten in layers and stamped roughly with feet and a stick to interlock all the loose fibres.

Oh, my daughter!
Your fingers are pretty, not the rings on them.

The rings you wear are not prettier than your fingers
How will you become my daughter if you don’t have a needle in your hand?

In Chitrali society, the concept of the “skilled hand” has always enjoyed a high status. In particular, women skilled in handicrafts have been held in high regards. Until the mid-’70s, when educational facilities became more available as did jobs relating to academic qualifications, “hand skill” was the only way of judging the merit of a lady. A skilled woman was called Hunarman and her praises were extolled in numerous Khowar sayings.

Har Chamuto tan hunar (every finger of her hand has its own skill).
Sometimes the skill of an artisan is admired in a common sentence such as Ghechote ghech koyan (her skill looks forward to being seen and appreciated). This shows that an instructor of art and craft is regarded as equal to one’s father or mother; it emphasises the way skilled hands and the wisdom within are embedded into Kho culture.

While dancing the traditional Chitrali dance barwazi , the dancers spread their sleeves of their woollen overcoat, the chogha, and imitate the actions of an eagle to represent honesty, strength, courage, wisdom and freedom.

Historically, the pious merchant was central to economic stability and played a significant role in the spread of Islam that resonated deeply in society. It penetrated the royal court, the market place and the workshop of the craftsman; it was carried into the villages and found its way into the nomadic tents of the desert and the steppe. The felt maker guilds in Konya,Turkey were an important centre for Sufi headwear, which represented the aesthetic qualities of purity and cleanliness with ethical principles of nobility and generosity.

Notably, the history of the Sufi is intertwined with wool. The widely accepted theory claims that the title itself came from suf, the Arabic word for wool, characteristic of the wandering ascetics who adopted the fabric for its simplicity and as a sign of detachment from the material world. Symbolically, this is seen in the choghas, the woollen overcoats and pakol, a Chitrali cap, the most visible commodities that have been traded and donned by local men of Peshawar, Chitral and Kabul.

Bismillah (In the name of God) is recited, followed by a short verse from the Quran, before the spinner and weaver start the process of making. Beauty plays a central role in Islam as it can transport the maker to a different world in which the individual feels a need to create something beautiful and pleasing to the eye. This is embedded in the traditional Islamic theory of aesthetics and the creative process within a traditional cosmology that is centred on the relationship between man, being and manifestation.

The connection between the master, apprentice and the divine is central to understanding the cultural transmission of skill in the production of Chitrali Shu. Both the maker and the trader of Shu are intertwined in qualities of unity, social ethics and cooperation. The pakol encapsulates the virtues of Islamic practices; the hat is worn during Muslim prayer, indicating the garment’s spiritual dimension.

"The income from 'Shu’ had a lot of ‘Barakat’ (blessing), this brought positivity, health and wellbeing to the entire family," explains Aktibar Shah. The last weaver in his village, he shares how weaving Shu has elevated him as a moral being: “As my feet pound on the pedals of the loom, its click and clack churn out rhythms which create a kaleidoscope of patterns and imbue me with a sense of clarity.”

Advice to those who try to simulate others, forgetting their origin:

Hajra, a shepherd from Sepokht, a village in Garam Chashma, shares a memory from her childhood where women would sit late during winter nights to tease wool and spin thread. The tradition of geeve (skilled collaboration) was an integral part of communities working together. It was a social organization promoting mutual cooperation, interaction and understanding. It saved time and at the same time ensured the best quality of Chitrali Shu. It provided a unique opportunity for the youth to learn collectively from aged and skilled ladies. In the long nights of winter, spinners were invited by the female head of a household. This invitation was considered an obligation because it came in rotation. Each family had to invite and each family had to attend. When skilled women were pooled together, they were given the challenge of teasing and spinning a certain quantity of wool before dawn. There were entertainers amongst the spinners who would amuse the gathering with anecdotes, songs, stories and jokes. A popular folk song called Ashurjan was a common feature of these sessions.

Shu is the only craft
that brings both female and males in the community together. It breaks down gender barriers; males and females work together.

Anthropologist Tim Ingold mentions “culture and social life appear to be caught in an ongoing dialectic in which each, in a sense, constitutes the other, through the mediation of human agency.” The makers of Chitrali Shu are continuously working in cooperation and are in an evolving process of cohabitating with their domestic environment and landscape. Traditionally, teenagers would be asked by women to tease the wool and spin the threads on drop spindles. They would take the wool while taking the grazing animals in the morning and finish it as an assignment while out grazing till midday. As a result, Chitrali Shu has been a vehicle for generating shared knowledge through the relationship makers have with their material wool, sheep and indigenous techniques.

Adil Iqbal is Scottish Pakistani creative practitioner who works within cross-cultural contexts and uses collaborative practice, narrative art and digital media to discover new ways of creating a bridge between western and indigenous craft culture. He studied Textile Design and has a Master of Anthropology from the University St Andrews. Adil has been working with craft communities in Chitral Valley for over a decade and has produced numerous films and led several interdisciplinary creative projects. His work has been exhibited at the Royal Scottish Academy and Patrick Geddes Centre at Riddle’s Court. He currently runs Twilling Tweeds, focusing on cultural heritage as well as craft and design for well-being. 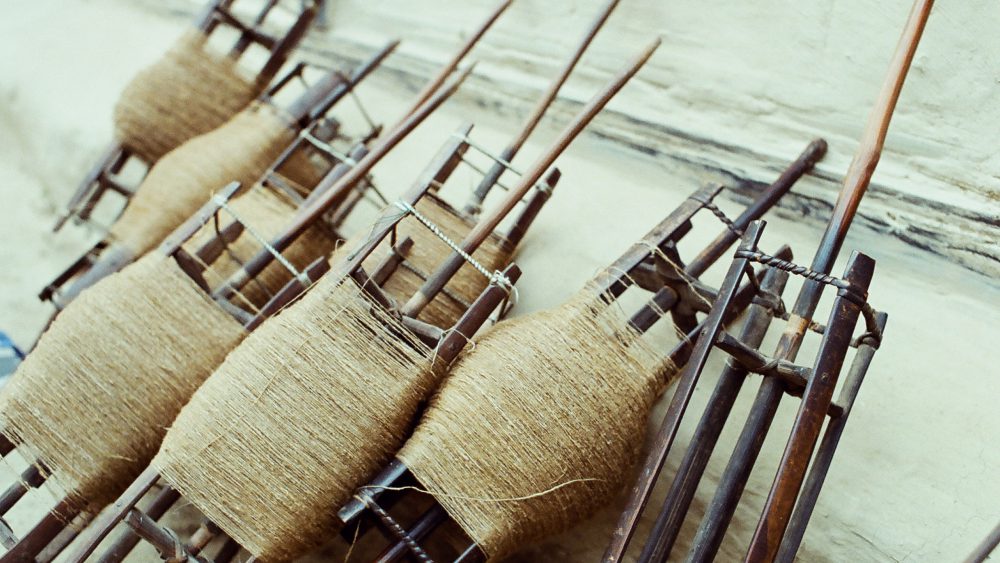 Spirits, Rituals, and Festivals of the Drokpas 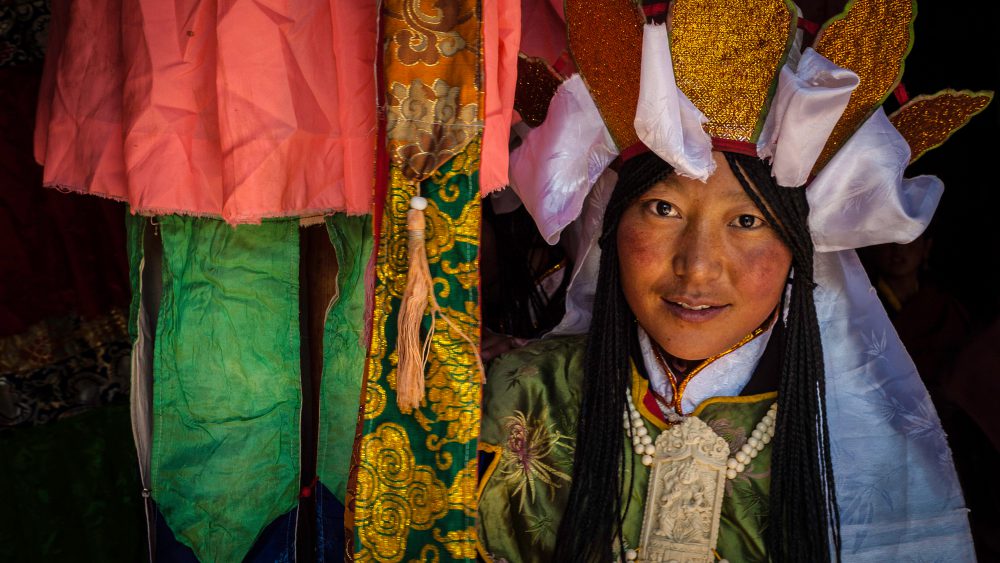 A Hidden Luminary from Brooklyn 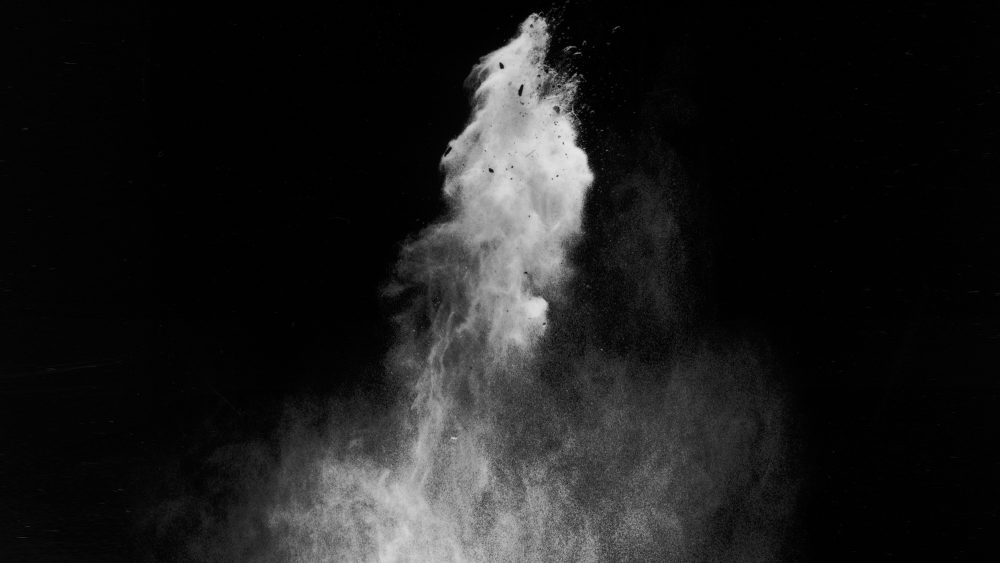 The Art of Incense Making and its Olfactory Ritual 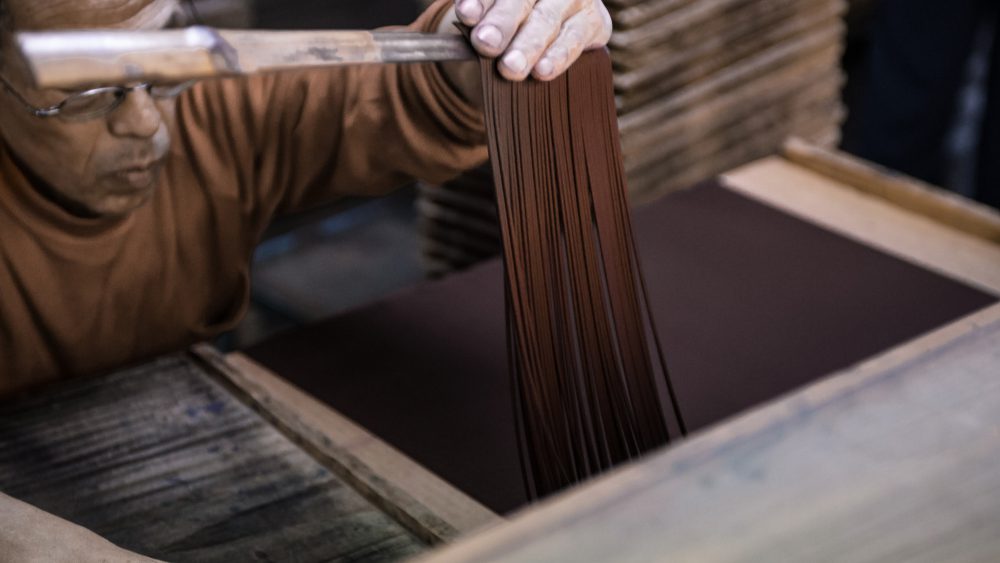 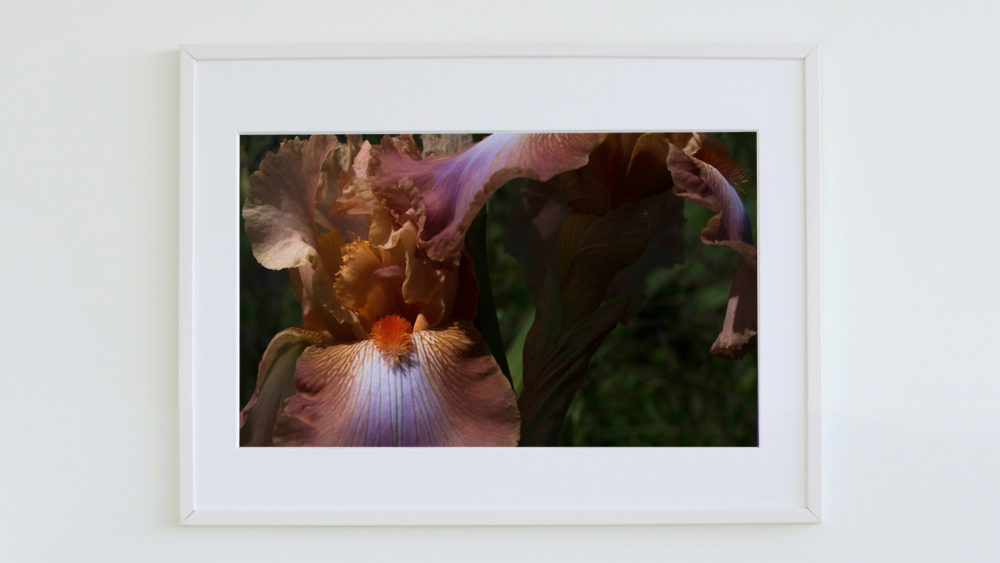